What can Tai Chi do for you?

Whatever you want from Tai Chi, we are here to help you meet your goals. Just click the 'JOIN NOW' button to join the Agar-Hutton Martial Arts Academy..

You will receive immediate access to some 'freebies' including a copy of Robert Agar-Hutton's eBook 'Martial Musings: Thoughts on Tai Chi and other Martial Arts' and on an ongoing basis, emails and information about Tai Chi (including 100% discount codes to get more free courses).

What else will I get?

In addition to all the free stuff, there are also courses that you can purchase. Currently there are various stand-alone courses in both Tai Chi and Chi Gung and also our 'Gold' Membership program that gives you immediate access to ALL courses (Current, in development, and future). Soon there will be 'Gold Plus' and 'Gold Supreme' programs that will also give you access to live video coaching (both group and individual) and significant discounts off of live training events.

Who are the instructors?

Robert Agar-Hutton
Chief Instructor
Hi, I'm the founder and chief instructor of the Agar-Hutton Martial Arts Academy. I'm ranked by the Tai Chi Union for Great Britain as a 'Senior Instructor', the highest of their four instructor grades. I'm an expert martial artist with qualifications in Karate as well as Tai Chi. I started training in 1971 and began teaching around 1993.I have a B.Sc. (Hons) degree in Martial Arts and Sports Psychology from the University of Derby (Buxton Campus) which I earned after three years of full time study at University, as a mature student, between 2007 and 2010. That degree makes me one of only a handful of people (and probably the only Tai Chi instructor) with both practical experience and formal academic knowledge of martial arts in the UK.I am regularly asked to teach Tai Chi and Self Defence at seminars in the UK, USA and Malaysia.
Lee Agar-Hutton
Instructor
Hello, I've been involved with Tai Chi for nearly thirty years I'm an 'Advanced Instructor', registered with The Tai Chi Union for Great Britain. I am a keen gym member and almost every day attend a class of Pump or Bodycombat or LBT. I believe that a balanced approach to fitness is best, combining aerobic exercise with the slightly more sedate (but no easier) discipline of Tai Chi, for maximum benefit.
JOIN NOW

What will I be able to learn? 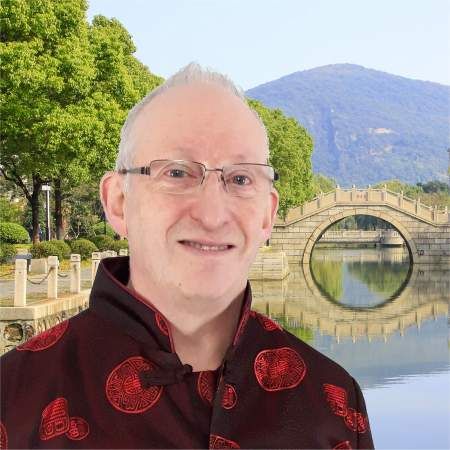 You will be able to learn a complete system of Tai Chi, or, as much as interests you. Want to learn Tai Chi for only health and fitness, sure, happy to oblige. Want to learn the self defence aspects too, sure, no problem. Can you only practice by yourself, then concentrate on the solo exercises and forms. Have a friend or partner who wants to learn? Great you can practice the two person exercises as well.
The core style of Tai Chi that you will be learning is Yang style (Agar-Hutton variant). I have been teaching for about 30 years and obviously, in that time, I have developed my own way of doing some things, mainly based on training with a wide range of expert teachers and my interest in things that are practical and provable.
The style of Tai Chi I teach is based on reproducible skills, if I can do it then you should be able to do it too. No 'magic' no secret 'inner door' teachings for only the favoured few. No, what you see (and obviously, in some cases, what you pay for) is what you get.
JOIN NOW

Select a course first to display its contents.

No available contents for

There are no free, paid or coming soon courses in your school yet.
Why don't you create one?

Oops, your school's owner is working hard preparing the courses for you.

Oops, you haven't created any courses yet.

Wouldn't it be a good idea to create a course?

No blog posts found in your blog. Why don't you create one?